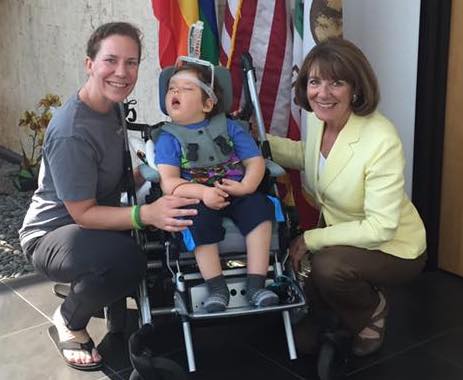 Alone we are rare. Together we are strong.

1 in 10 Americans are living with a rare disease. By combining our voice with other rare diseases real legislative change is possible! NTSAD works closely with the National Organization of Rare Disorders (NORD) to support legislative issues important to the NTSAD family.

These groups have played such an important role in raising awareness about legislation that impacts the rare disease community. Currently, efforts have been focused on the 21st Century Cures Act and the #CuresNow movement. Read more about this critical piece of legislation here. The current Senate has just ONE more chance to pass this legislation through before the new members of Congress and Senate move into the House. After this current session, the bill will die and efforts will go back to square one.

Rare Disease Day takes place on the last day of February each year. The main objective of Rare Disease Day is to raise awareness amongst the general public and decision-makers about rare diseases and their impact on patients' lives.The campaign targets primarily the general public and also seeks to raise awareness amongst policy makers, public authorities, industry representatives, researchers, health professionals and anyone who has a genuine interest in rare diseases. Click here to learn more about the 2018 Rare Disease Day.

Global Genes is a leading rare disease advocacy organization with global reach to the worldwide rare community of patients, caregivers, advocates and clinical partners. Our mission is to eliminate the challenges of rare disease.

In recent years the NTSAD family has successfully advocated for the passage of the Genetic Non-Discrimination Act (GINA) which protects against discrimination based on genetic information. NTSAD also supported legislation that requires public access to research funded by federal funds. We can make a difference!

A simple phone call or email to your representatives is very powerful. Visit NORD to learn about current initiatives and updates on issues such as the Rare Disease Congressional Caucus, off-label drug use, medical foods such as high caloric formulas and compassionate allowances for Social Security.

The NORD Take Action Now section is filled with helpful tips for contacting your representatives. NTSAD is happy to provide free brochures and educational materials for congressional visits.

Global Genes has created resources, or toolkits, specifically for groups such as NTSAD to use. Download the "BRINGING RARE DISEASE TO CAPITOL HILL: ADVOCATING FOR YOUR CAUSE" here.

Passed in the House in June 2021. Next stop – the Senate. Learn how to contact your representatives here.

Watch the 2021 NTSAD Conference sessions below and learn from fellow advocates, Stephanie and Abby, and our good friend and communications expert, Bill.

Coming Soon! Tools to make it easier for you to advocate!