People with Ashkenazi (Eastern European) Jewish ancestry are more likely to be carriers of certain genetic conditions. Interested couples can have carrier screening to learn about their chance of having a child affected by one of these diseases. Carrier screening can be used to test for one specific disease or several genetic conditions. The expanded screening is often referred to as the "Jewish Screening Panel". Be sure to confirm which genetic diseases are covered on your screening panel with your ordering genetics provider. Also note that both enzyme screening and molecular screening should be performed for the most sensitive Tay-Sachs disease screening.

If you have any Ashkenazi Jewish ancestry it is important to be screened, even if your partner is not Jewish. While these diseases are more common in people of Jewish ancestry, they can affect the children of couples from many backgrounds, as people of other backgrounds can also be carriers.

What are the diseases that occur more frequently in people of Ashkenazi Jewish descent? 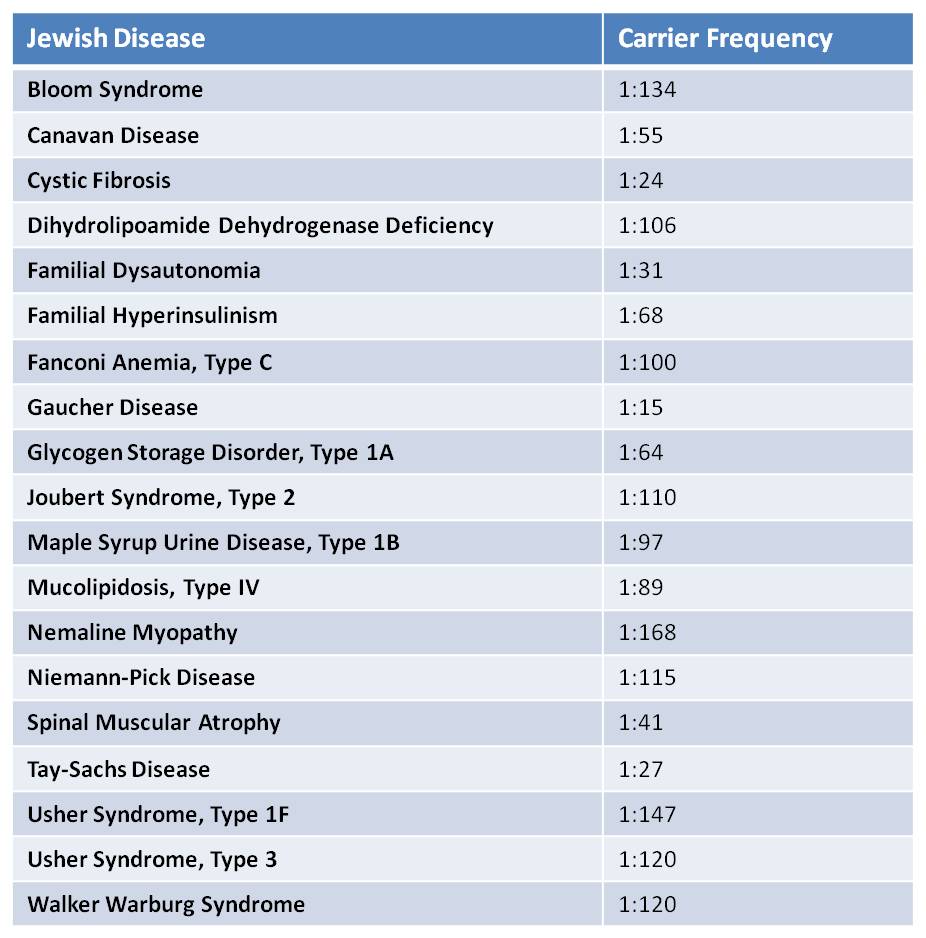