When we look back on our time with Emma we don't focus on the medical equipment, the seizures, the medications, or the feedings.  We remember all the memories we made with her.  We were determined to give Emma as normal of a life as possible and tried to do as much with her as we could.  From trips to the zoo, baseball games, days at the beach, apple picking, going to the top of the Empire State Building, and having tea at the Plaza with Eloise, we have so many things to choose from and numerous pictures to remind us of the good moments.

Emma’s Fund for Families is established to enable families to have memory making opportunities in honor of Emma.  The purpose of the fund is to allow affected families to apply for grants to use towards enrichment activities.  It can be used any way a family feels would be beneficial for creating their memories, such as trips to the zoo, photo shoots, tickets to an event, an overnight in a hotel with a pool, etc.  Anything that your family feels would provide a break from the routine and some fun times with your child is eligible.  We hope all families have the opportunity to make amazing memories.

To apply for grant, please download and fill out the form document here (82 KB) .

The goal of this study is to evaluate gene and cell therapy approaches in the mouse model of Sandhoff disease (SD). Specifically, this study is comparing 3 therapeutic methods 1) direct intracranial lentiviral gene therapy, 2) neural stem cell transplantation (with or without gene correction of cells), 3) and bone marrow transplantation (BMT). These therapies will initially be tested individually and subsequently in combination. The investigators identified 3 milestones to be completed during the first 6 months of the project. Progress has been made on each milestone as described below:

The investigators have conducted BMT in 13 SD and 10 unaffected littermates at postnatal day 7, following myeloablation (reduction of host bone marrow to allow engraftment of donor bone marrow) at postnatal day 6. Engraftment of the donor stem cells ranged from 40-100%. The investigators are currently optimizing the myeloablation protocol to uniformly achieve the target of >70% engraftment.

The investigators have generated 2 lentiviral vectors, one encoding the HEXA gene and the other encoding the HEXB gene. These vectors have been validated in cell culture and are now being tested in a small cohort of SD mice that will be sacrificed and analyzed 1-month post brain injection.

The investigators transduced SD and wildtype NSCs with the lentiviral vectors mentioned above and showed a dose-dependent increase in hexosaminidase. The Hex enzyme produced in the NSCs proved to be functional as it reduced GM2 storage as compared to untreated SD NSCs.

The aims of the project are to develop a mass spectrometry-based method for rapid screening of babies with Tay-Sachs or Sandhoff disease using dried blood spot (DBS) samples collected as part of the routine, newborn screening, usually within the first week of life.

The investigators looked at the enzyme assay protocol used for measuring hexosaminidase. In examining the enzyme assay conditions, they realized that the conditions that were used in their earlier publication describing the assay to detect Sandhoff disease in northern Saskatchewan did not work for samples from patients with Tay-Sachs disease. So, they examined every aspect of the earlier assay, and embarked on re-developing an assay that will work in the detection of both Tay-Sachs and Sandhoff patients. This work is essentially complete.

The next step is to validate this assay using about 500 normal blood spots, as well as blood spots from both Tay-Sachs and Sandhoff patients. Almost all of these blood spots have already been collected and are ready to be analyzed. The goal is to establish reference ranges for total hexosaminidase, Hex-A and Hex-B for normal patients as well as for those affected by either Tay-Sachs, or Sandhoff disease. The investigators anticipate this work to proceed quite rapidly, since the assay they developed is capable of analyzing many samples per day.

The plan for the future therefore includes completing the validation of the method. This will be followed by analyzing the approximately 10,000 blood spots that they hope to receive from the Quebec newborn screening program. They are awaiting approval from the Ethics Review Board in Quebec for this study, which they hope to receive in the near future.

Rapid Identification of New Biomarkers for the Classification of GM1 and GM2 Gangliosidoses: A HNMR-linked Metabolomics Strategy

The objective of this study is to identify biomarkers of GM1 and GM2 in plasma, CSF (cerebrospinal fluid), and/or urine that have been sampled repeatedly from affected individuals over time. This will contribute to an overall goal of a greater understanding of disease pathogenesis as well as identification of potential drug targets. The study is utilizing nuclear magnetic resonance (NMR)-linked metabolomics to screen for biomarkers in samples from GM1 and GM2 patients followed by advanced multidimensional datasets to extract detailed information. The study aims to further identify and validate potential NMR targets by liquid chromatography-mass spectrometry (LC-MS), a technique that has a higher level of sensitivity.

More than 80, 50 and 30 metabolites were detectable in the spectra acquired on urine, blood plasma and CSF respectively. The investigators are initially focused on both metabolomics comparisons of the plasma profiles of GM1 type 2 patients with those arising from a healthy human control population. 32 significantly higher and 8 significantly lower plasma levels of metabolites in the GM1 type 2 group of blood plasma samples were found and further analyzed. The key metabolic modifications up regulated in the blood plasma concentrations of GM1 type 2 group included: 3-aminobutyrate, valine, citrate and lipoprotein-associated traicylglycerols, and neuroactive amino acid glutamine. The significant down regulations included urea level, an intermediate-to-long chain function of a currently unidentified biomolecule, and an aromatic amino acid protein. Further investigations to determine the identities of these two GM1 type 2 - reduced signals are currently in progress. Some of these alterations may arise from imbalances in BCAA and/or thymine catabolism and modifications to lipid homeostasis in GM1. Metabolic distinctions between the CSF and urinary NMR profiles are currently being investigated.

The drug Miglustat (approved for Gaucher disease in 2002) does not cross the blood-brain barrier to an extent that could mediate benefit in a clinical trial in patients with late onset Tay-Sachs disease. In this study, the investigators are using a powerful drug discovery approach to identify FDA approved drugs that have improved brain penetrance while simultaneously share the same efficacy as Miglustat.

Status: They have submitted 49 samples to the University of Iowa, Genomics division for high-throughput RNA-sequencing. These samples represent 7 donors treated with the three drug treatments and controls at two different doses.

Next Steps: The investigators will query the LINCS database with the RNA-seq data, identify drugs and validate hits over the next 4-6 months. Importance: These important preliminary studies will help identify additional, brain penetrable drugs that may find use in substrate reduction therapy for the gangliosidoses.

What is a Day of Hope? 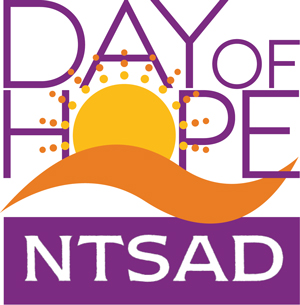 It is a time for our rare and mighty community to come together to make a difference and show that there is always hope.

All proceeds go to the research that NTSAD funds including the work leading to clinical trials. We are closer than ever and together we can be sure to be ready!

To surpass $500,000! We can do it! Our total since 2011 is now $439,000. If you're interested in participating, please take a moment and email Becky This email address is being protected from spambots. You need JavaScript enabled to view it.. Thanks!

Now, how can you be part of a Day of Hope?

There are many ways! 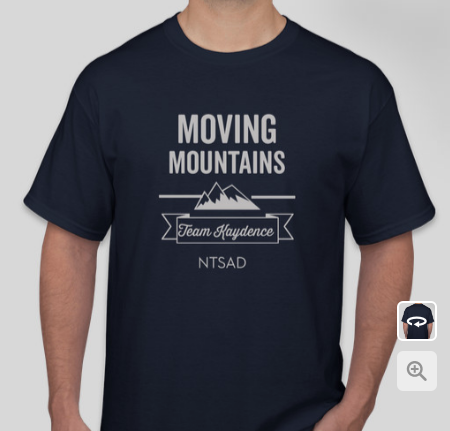 Rapid Identification of New Biomarkers
for the Classification of GM1 and GM2
Gangliosidoses: A HNMR-linked
Metabolomics Strategy

The objective of this study is to identify biomarkers of GM1 and GM2 in plasma, CSF (cerebrospinal fluid), and/or urine that have been sampled repeatedly from affected individuals over time. This will contribute to an overall goal of a greater understanding of disease pathogenesis as well as identification of potential drug targets.

The study will use nuclear magnetic resonance (NMR)-linked metabolomics to screen for biomarkers in samples from GM1 and GM2 patients and used advanced multidimensional datasets to extract detailed
information. The study will further identify and validate potential NMR targets by liquid chromatography-mass spectrometry (LC-MS), a technique that has a higher level of sensitivity

This study will evaluate gene and cell therapy approaches in the mouse model of Sandhoff disease.

These therapies will initially be tested individually and subsequently in combination. A combination of these therapies has demonstrated a synergistic effect and extension of lifespan in a mouse model of a similar disease providing the rationale to assess these therapies for Sandhoff and Tay-Sachs diseases.

This study is a next step in identifying relevant outcome measures for clinical trials. This six month exploratory study will use 5-8 ambulatory or partially ambulatory adult patients with late onset Tay-Sachs or Sandhoff disease to collect patient data on ambulation, falls, wake/sleep cycles, and other patient input that can be tested as potential clinically relevant outcome measures for future clinical trials. Data is collected through a wearable device and transmitted through a mobile app to Dr. Tifft for analysis. The data collected will be compared to clinical testing including gait lab metrics to be conducted at the NIH Clinical Center at the time of initial evaluation and at the six month endpoint.

Substrate reduction therapy (SRT) has the potential to be broadly applicable to several lysosomal storage diseases, including the gangliosidoses. However, the SRT drug Miglustat (approved for Gaucher disease in 2002) does not cross the blood-brain barrier to an extent that could mediate benefit in patients with Tay-Sachs disease.

This study will analyze Miglustat and the closely related drug Lucerastat using human macrophages (a type of white blood cell that digests cellular debris and foreign objects). This comparison will allow identification of common pathways affected by both Miglustat and Lucerastat and determination of other drugs that act in a similar manner. Drugs that share common features, but have improved central nervous system penetrance for treating the gangliosidoses (including GM-1), will then be tested for their ability to reduce stored substrate levels when applied to patient-derived cells. As Miglustat has
additional anti-inflammatory properties relative to Lucerastat, this analysis may also shed light on the inflammatory pathways targeted by Miglustat.

Current and Past Grants 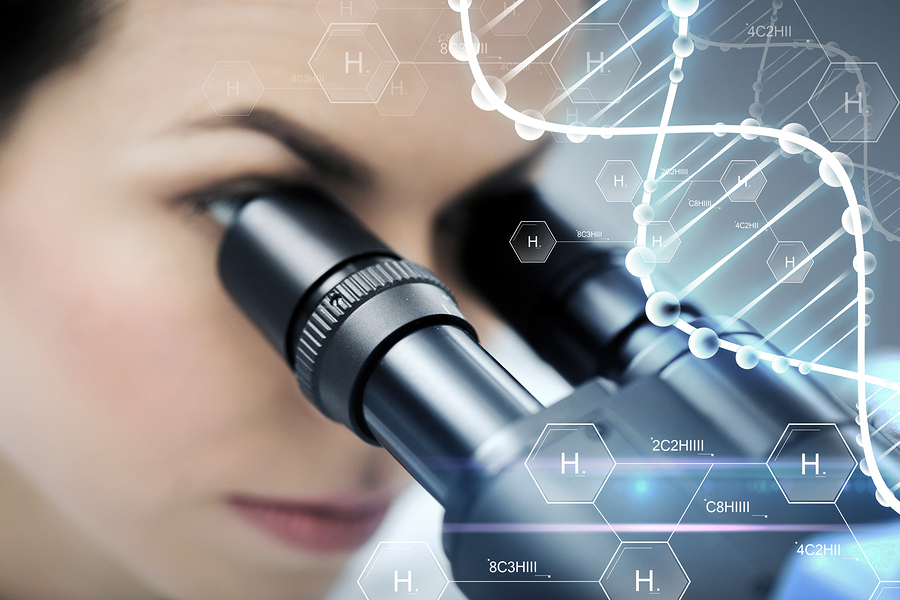 NTSAD awards grants for innovative research projects that may lead to treatments for lysosomal storage diseases or leukodystrophies impacting the central nervous system.

These grants went on to receive over $20 million in funding through the National Institute for Health.

On the following pages, explore current research underway, and the impact past grants have made.