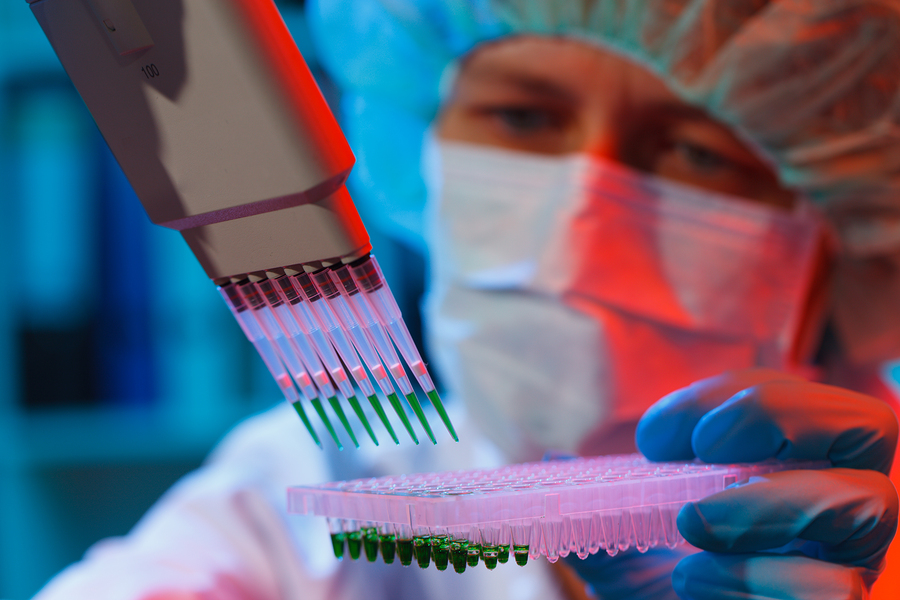 NTSAD is dedicated to leading the worldwide fight to treat and cure Tay-Sachs, Canavan, GM1, and Sandhoff diseases. Treating these diseases falls into two general categories: (1) Restoring the missing enzyme or (2) Decreasing the waste accumulation. These diseases are especially difficult to treat because they affect the central nervous system (CNS) which is protected by the blood brain barrier. The scientific community generally agrees that no single therapy will cure these diseases but that rather a combination of approaches will slow, halt and even reverse the damage caused by these diseases. This section provides a basic introduction into these potential therapies.

Expand All Collapse All

The majority of research and potential therapies focus on restoring the enzymes because the missing or deficient enzymes are the primary pathology, or disease causing mechanism, in most of these diseases.

Gene therapy has a lot of promise to cure genetic diseases

There are many challenges to safe and effective gene therapy. Some of these include

However, this is an exciting and progressing research area.

Adeno-associated viruses (AAV) are an example of a viral vector which is showing promising results in gene therapy trials in animal models. It is a harmless virus which most people carry, so is believed to be a safe way to insert new genetic material into humans. Read more about the delivery approaches here.

Research into gene therapy in animals with Tay Sachs and Canavan has also been using the AAV gene therapy, as is described on the Research by Disease page.

Pharmacological or Molecular Chaperones are small molecules that are able to cross the blood brain barrier into the central nervous system. These chaperones attach to an inactive enzyme so that it takes the correct functional shape. However, chaperones only work with certain mutations, and have the potential to reduce enzyme function if given at the wrong dose

Enzyme Replacement Therapy (ERT) provides the missing or deficient enzyme through regular IV infusions. However, enzymes are large molecules that do not pass the blood brain barrier into the central nervous system. Approved ERT therapies are currently only effective for treating the non-neurological symptoms of diseases.

Stem cells differ from other kinds of cells in the body. All stem cells - regardless of their source - have three unique properties:

These unique properties could be used for cell-based therapies in which stem cells that are genetically altered to produce the missing enzyme are delivered to the brain or central nervous system.

Stem cell therapy has a lot of promise to cure but faces formidable challenges to develop safe and effective therapies. Some of the challenges include:

The embryonic stem cell controversy is becoming less of an issue as scientists have recently discovered how to manipulate adult cells into a stem cell state but more work is necessary to understand their therapeutic properties and potential.

A bone marrow transplant (BMT), replaces an affected person's bone marrow with donor marrow that can produce the missing enzyme. The procedure is risky, invasive and has had very little success in Tay-Sachs, Sandhoff and GM-1. If done early enough it can be effective in slowing and even stopping the disease in other allied diseases like Krabbe and MPS.Bone Marrow Transplant is very invasive. Children often succumb to complications of the procedure. The immune system must be completely destroyed before introducing the healthy bone marrow. It is unclear how many of the healthy stem cells cross into the central nervous system.

Stop-Codon Readthrough Technology is a field that could potentially treat genetic diseases caused by stop codons. Stop codons are genetic phrases that indicate the end of the gene, like the period at the end of a sentence. Some genetic diseases are caused by mutations which place the period before the end of the gene resulting in proteins (including enzymes) that do not work properly. Stop Codon Read Through Technology uses small molecules that cross the blood brain barrier into the central nervous system and induce the cell to ignore the stop codon resulting in a properly functioning enzyme. One challenge of this technology is learning how to effectively use this technology to both read through disease causing stop codons and ignore stop codons in the proper place.

Reducing waste accumulation via substrate reduction therapy is another strategy to treat Tay-Sachs, Sandhoff, GM-1, Canavan and related diseases. It does not have the same potential to cure the disease because it does not address the primary disease causing mechanism, the missing or deficient enzyme. However, if successful it could slow or stop the disease progression giving the most precious gift - time.

How does substrate reduction therapy work?

Substrate reduction therapy uses small molecules that pass the blood brain barrier into the central nervous system and decrease the amount of substrate or waste product that accumulates. Think of a clogged sink with the faucet running and turning down the faucet (c). The water will still fill up the sink but it will take longer.

a) In most individuals the substrate (water) can be degraded efficiently by adequate enzyme volume (hole in sink).

b) In affected individuals the amount of enzyme is insufficient to efficiently degrade the substrate and it accumulates.

c) In affected individuals treated with substrate synthesis reduction therapy, the amount of substrate is decreased to match the amount of residual enzyme to prevent accumulation.

How Research is Used

To find out how these techniques are currently being used in research, visit the Research by Disease.